Shifting Sands 2013: Battle of the Bulge 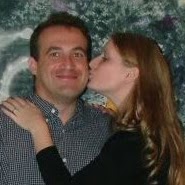 Event OrganizerNote: You can find the link to the custom lists at the bottom of this page.
Jon Halter
Posts under: Buckaroo
Contact: email

Please Register for the Shifting-Sands 2013 here.

Shifting Sands: Battle of the Bulge will be a two day 1600 point tournament/campaign held in Arizona. It will include weather, fuel and other special events. Firestorm Units will also be available to add to your force. We will be using a modified Firestorm Campaign that will see players join either the Allied or Axis side and compete for Victory. Firestorm units may include Air Support, Calliope Shermans, King Tigers and more. For full rules please see Buckaroo's posts on the Battlefront Flames of War forum.

If you are interested in participating please let us know as soon as possible so that you can reserve your Unit. On the Battlefront Flames of War forum.

Shifting Sands in the premier Flames of War Event in Arizona and we hope to see you there!

Battlefront US Lists
Battlefront German Lists
AZDRFOW Custom German Lists
Before we get started looking at the new lists for the Shifting-sands 2013 I wanted to talk to you about a few things.